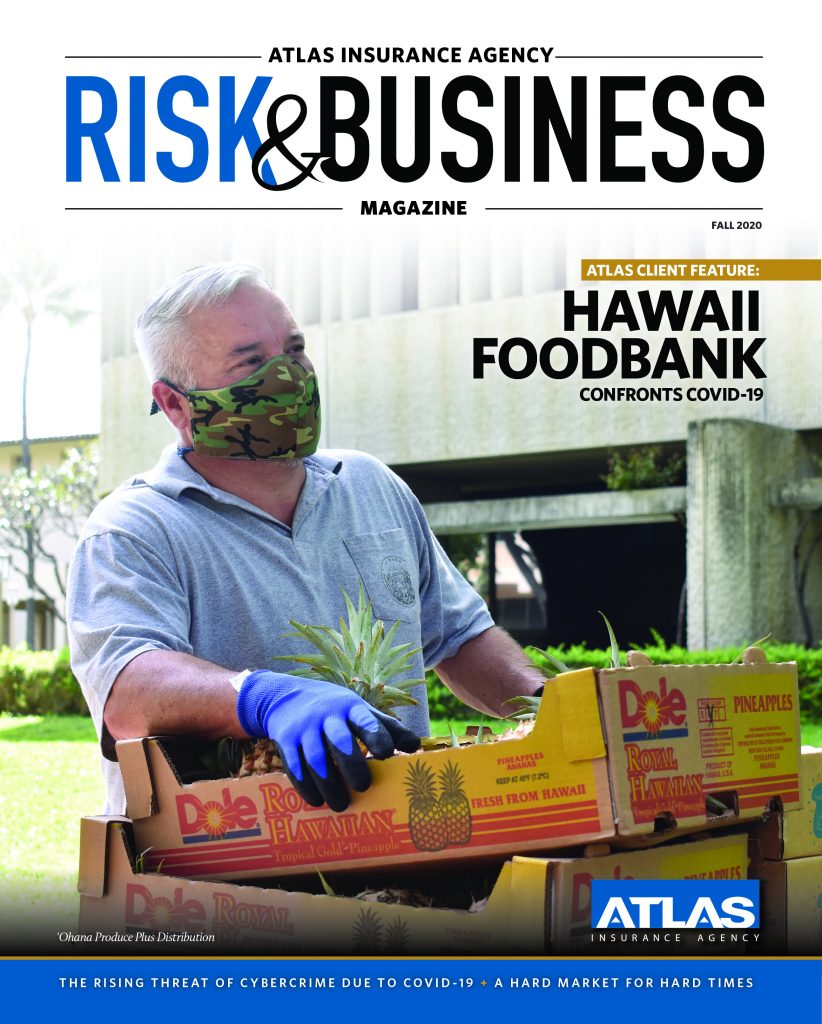 COVID-19 has affected us all in some way, but it’s hit especially hard for Hawaii Foodbank, whose mission is to “provide food so that no one in our family goes hungry.” Since the state’s “stay at home, work at home” order was implemented on March 25, Hawaii Foodbank has seen the demand for food assistance climb by more than 60 percent.

Even before the pandemic, the organization was regularly meeting the nutritional needs of one in eight Hawaiian residents struggling with food scarcity. Now, the demands faced by the organization are even more dire.

Since 1983, the nonprofit Hawaii Foodbank has collected, warehoused, and distributed food through approximately 200 charitable agencies on Oahu and Kauai. It also partners with The Food Basket to serve Hawaii County and with Maui Food Bank to serve Maui County. The organization works with food donors, charitable agencies, and the hungry in Hawaii to collect, inspect, store, and dispense donated and purchased food. Last year, Hawaii Foodbank distributed more than 12.5 million pounds of food, including 3 million pounds of fresh produce.

Not only has demand for food increased exponentially due to the pandemic but incoming supplies have also dwindled. “Physical food donations have slowed down to a trickle—largely in accordance with the ‘stay at home’ order and other public safety guidelines,” says Ron Mizutani, president and CEO of Hawaii Foodbank. “In order to keep our supply on pace with demand, we’ve had to make emergency food purchases like never before.”

As a result, the organization has begun cultivating new partnerships with Hawaii Farm Bureau, the Hawaii Longline Association, and other groups to provide immediate support to local farmers, ranchers, and fisherman, while also distributing food to communities in need. Hawaii Foodbank also has collaborated with the city and county of Honolulu, Hawaii Community Foundation’s Hawaii Resilience Fund, and the Bank of Hawaii Foundation to deploy several large-scale food distributions. “These innovative solutions are paramount to maintaining the flow of food to people in need,” said Mizutani.

In addition to finding new sources for donations, the Foodbank has revamped its operations to help slow the spread of COVID-19 and increase safety for its employees, volunteers, and recipients. In accordance with guidelines of national, state, and local health authorities, Foodbank’s “best practices” have included increased cleaning and sanitation, and enforcement of social distancing measures. They have also implemented new distribution methods, including prepacking food boxes and implementing drive-through pickups to more efficiently serve large groups of people while maintaining social distance.

“We have taken many precautions to help make sure that our food and product remain safe, our distributions and volunteer activities continue, and, ultimately, our communities maintain access to the food they need while preventing the spread of COVID-19,” said Mizutani.

Hawaii Foodbank is deeply grateful for the steadfast support it has received from the community despite the increased uncertainty created by the pandemic. “While COVID-19 has created some tension and tested Hawaii’s resiliency,” Mizutani noted, “it has also shone a spotlight on our community’s generosity, and for that, we are incredibly thankful.” +

Reach out to the professionals at Atlas Insurance Agency, and our team will respond to your inquiry as soon as possible.